‘Tania and her sisters have never been normal, they’re septuplets, but on their sixteenth birthday they are swept into Faerie where they find out just how different they really are. ‘Tania and her six sisters are actually the long lost princesses of Ker Læil. Each one is gifted with a special power that will help them save the world from total destruction. But first they must learn how to use their powers and journey across the Island of Others to Arcadia to try and find out what is going to destroy the world; for the prophecies are unclear. On the way the sisters face challenge after challenge as they travel across deserts, forests, jungles, and mountains. Will the girls make it back by the New Year? If they don’t, the world will have to face the invasion alone…

‘Tania and her six sisters, the long lost princesses of Ker Laeil, are back and stronger than ever. They can use their powers and they have a basic knowledge of what is going to attack them. But now the New Year is here and the princesses are training harder than ever. The invasion is at hand and ’Tania and her sisters must completely master their powers to defeat the evils that are awakening. If they don’t? The world will be overrun by monsters and consumed by darkness.

It has been almost a year since the battle with the Dictator and the final battle is drawing closer. But political tension is on the rise and the girls are separated as the day of battle approaches. Will the girls be able to find their way back together again in time to win? Or will darkness and despair rule Faerie forevermore?

Karter, banished and alone, stumbles across the kingdom of Conquistado where Derex Fallon keeps a strangling hold on the populace. In Conquistado he meets Alick, the leader of the Pantasmas, the rebel group in the forest that does their best to thwart Fallon at every turn. When a chance event gives Alick the chance of a lifetime, Karter and Alick embark on a journey to the mountains beyond to find help of a most unusual kind. In this stunning story of the struggle of a handful of teenagers as they attempt to fight the injustice of a nation, there is mystery, romance, and adventure of all kinds as the Battle for Libre commences and the reign of Derex Fallon balances on the edge of an abyss.

This children’s picture book teaches the adventures of Theseus from Greek mythology and the legacy he left. Includes Theseus finding his father, slaying the minotaur monster, and helping King Oedipus.

The Road That Winds Back 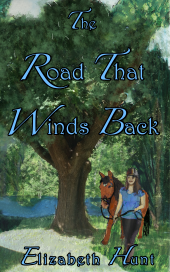 Alexandria, Dacia, and Zahi are a dimension-hopping trio who have made it their mission to promote peace and understanding throughout the five universal dimensions. But when a series of murders causes the dimensions to start collapsing, it is up to them to find a way to repair the universe before its too late. The Road That Winds Back is a riveting coming of age novel in which Alexandria suffers hardships, gains enlightenment and ultimately draws upon all that she has learned in an attempt to restore balance to the universe. 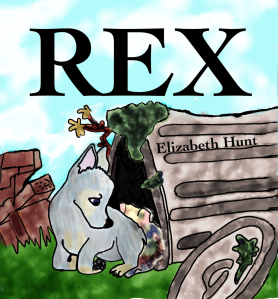 A heartwarming children’s tale about a young boy who finds and rescues a little puppy. This illustrated children’s book follows a little puppy named Rex and his journey to finding a home and becoming part of a family.